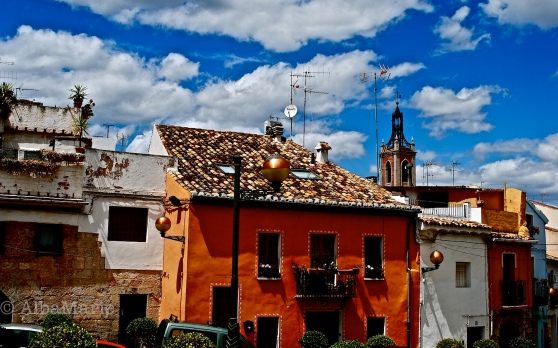 It’s hard to imagine that in 12 days (twelve!), I will be back in Spain – and for the whole summer! Spain is certainly one of those countries that is so…flavourful, so memorable. Memories of Spain do not get jumbled into a pile of “vaguely-European memories;” instead, they stand out, just like this bright orange house in the adorable village of Sagunto, not far from Valencia. Spanish cities are great for the nightlife, but Spanish villages are where you go if you like to eat, drink, take beautiful photos, see ancient buildings, and watch the magnificent sunsets. Sagunto, an ancient Roman city, may not be huge and sprawling, but it creates its own miniature “bustling” world. The people are nice, the weather is great, the beach is close (6km), the beer is cheap, and the views are fantastic – what more could you want?