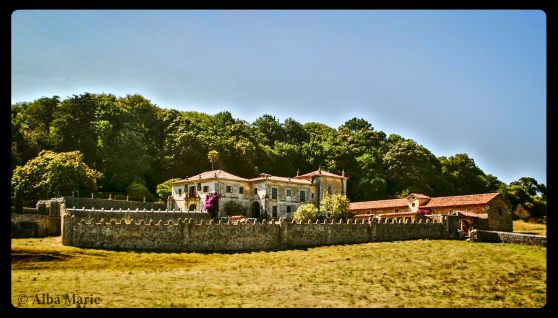 Spain is old. You won’t get far in Spain without stumbling upon a castle, a manor house, an old church, a crumbling ruin, a stonewall. Villages like Isla are not uncommon, but this makes them no less beautiful. Leaving behind any major Spanish city and setting out into the countryside is always an adventure, and it nearly always yields beautiful results. This manor house, private and closed to the public, is a good representation of the type of houses that once housed the ruling classes in the countryside. The neighbouring village, Isla, is a quaint place comprised of little shops and restaurants, pretty houses, an attractive stone church and a picturesque castle tower overlooking all at the top of the hill. The orange roofs and crumbling stone buildings swim in a sea of golden countryside and blue skies. Just down the hill, one leaves the Middle Ages behind for the modern era and the beach. While not as famous as its neighbour, Playa Noja, a beach known for its surfing (as well as its proximity to a maximum security prison, a fact that is oddly fascinating), Playa del Sable is still a great place to kick back and relax with sun, sand and a glass of Spanish sangria!