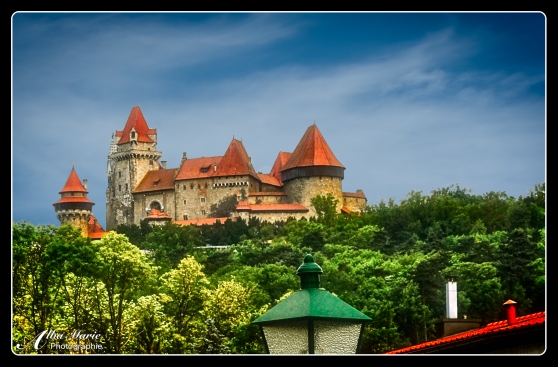 The film set for Ken Follet’s World Without End is probably one of the most interesting castles in Europe.Why, you ask? Well, in some ways it’s not a castle at all. Some consider it authentic, but for others, it’s nearly akin to a hoax. You see, Kreuzenstien Castle is a bought castle, a ‘Frankenstein’ castle. It has been created from a hodgepodge of other castles from Austria, France, Romania, Germany…you get the picture. A ‘Frankenstein castle.’ The owner, Count Johann Wilczek, made rich from coal mining, decided that the ruinous medieval castle that predated the current structure was not a fitting for the Counts of Wilczek, so he built his own, using the original foundations as well as bits of any other medieval structures that his coal-mine money could buy. In this way, it is considered both a ‘neo’ and ‘original’ medieval building! Regardless whether you view it as ‘authentic’ or not, the castle remains a beautiful building with an interesting history, and well worth the  day trip from Vienna. Add bonus? If you’re into history, try to spot the different styles, eras, and buildings!