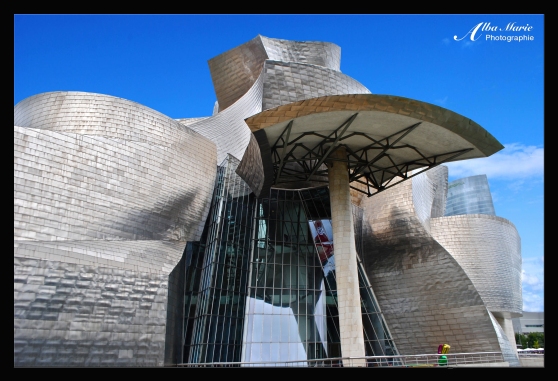 The Guggenheim Museum in Bilbao, Spain conjures up images of a strange and futuristic community, a space-age society perhaps found in the cartoonish Meet the Jetsons or the comedic Fifth Element. Certainly among of Europe’s strangest architectural icons, the Guggenheim was designed by futuristic Canadian-American architect Frank Gehry who was encouraged to “design something daring,” and adorned with artwork such as Puppy (a giant dog made of flowers), and large metallic balloon animals created by American artist Jeff Koons. Erected in 1997, the Guggenheim Museum houses a collection of modern and contemporary art as part of both permanent and revolving exhibitions across various medias. Bilbao may seem like an odd place for such a museum. Built in the seedy, dilapidated docks district of Bilbao, the Guggenheim Museum was commissioned by the Basque government as a way to bring tourism into this little-visited region, rejuvenating not only the now-abandoned docks but also the under-appreciated Basque country. Today, it routinely makes lists of most important and admired contemporary buildings not just in Spain or Europe, but worldwide.

Pro tip: At €17, the entrance fee is quite steep – be sure to check out what exhibitions and/or specific activities are on at the Guggenheim before your visit.