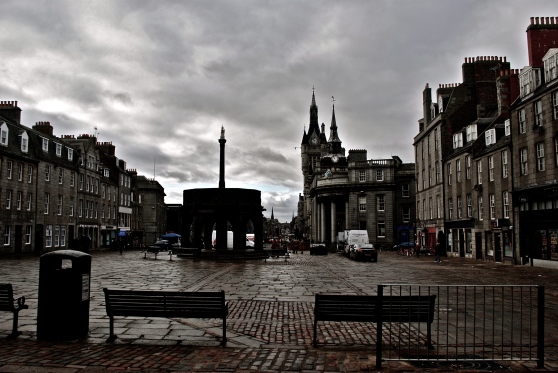 They don’t call Scotland’s northern metropolis “The Granite City” for nothing—Aberdeen is remarkably grey. But somehow, its greyness is what makes it special. In fact, another of it’s nicknames is “The Silver City;” so-called because the locally-quarried granite tends to sparkle due to a mineral called mica which is infused within the blocks. Aberdeen has been the site of human habitation for something like 8,000 years, and Aberdeen University is the 3rd oldest university in Britain! Unfortunately, it’s also known as Europe’s oil capital—which has undoubtedly brought wealth to the city, but hasn’t exactly helped its reputation. Regardless, its ‘Ancient University’ (yes—that’s an official term in Britain!) has many of foreign students studying within its ancient walls, giving the city an international, worldly feel despite its high altitude. 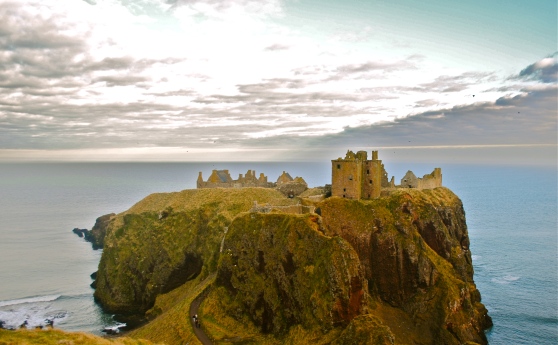 Dunnottar is an easy place to fall in love. Perhaps due to the rugged nature of the peninsula, perhaps due to the fact that it is a castle on a cliff, perhaps due to brilliant surrounding countryside, Dunnottar Castle will make your heart flutter. The stone fortress is perched on a peninsula which is perched on a cliff, which creates an imposing image as you traipse through the Scottish countryside to get here. Dating back to 1400, this castle is probably the most famous of the roughly 55 castles in Aberdeenshire alone – one of the most castle-dense counties in all of the UK.  Dunnottar Castle is well worth the traipse, even if you don’t go inside. The countryside hike to the castle is gorgeous. The castle itself is dramatic and picaresque, which exactly what you’d expect from a Scottish castle.  Hidden beaches and steep cliffs line the castle’s edges, sporting a ruggedness that truly defines Scotland’s coast. Dunnottar Castle is full of untold treasures, and not just the sort of treasure that glitters!

Other Amazing Castles in Europe 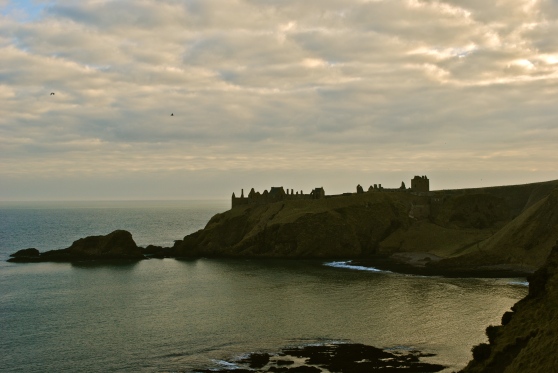 The ruins of Dunnottar Castle near Stonehaven, Scotland.

Built in the 15th/16th centuries, this majestic fortress is best known for hiding the Honours of Scotland (Scottish crown jewels) from Oliver Cromwell and his armies. Today, the ruins cling to this small rugged peninsula jutting out along Scotland’s coast. To reach it, one must hike through rolling green fields along crumbling cliffs, watching the ruins slowly grow closer and closer. Up close, the castle is no less rugged or spectacular!