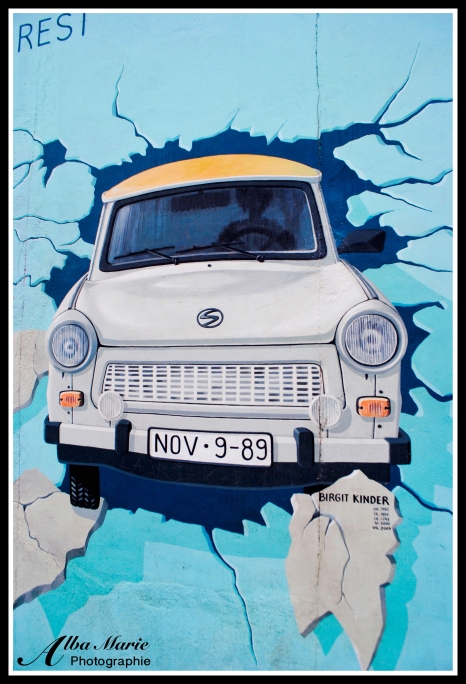 Crash! One of the largest canvases in the world, West Berliners began painting on the 14-foot wall in the 1980’s while the corresponding East Berlin Wall remained immaculate – guards would not let East Berliners approach the Wall on pain of death (fearing escape attempts). First constructed in 1961 to separate the two countries, the Berlin Wall (especially the western side) later became what Facebook is today: a relatively uncontrolled blank slate on which people can express opinions, feelings, and dreams. In one mural, a car – a white Trabant – is depicted crashing through the Berlin Wall. Trabants were a popular East German car brand, and despite being cute and bug-eyed, the reinforced plastic cars were poorly made and notoriously hard to drive – though East Germans were desperate to get one, so desperate that they had to sign up on a list just to be considered for ownership. Trabants then became a symbol of the communist East Germany, and ceased to be manufactured after the fall of wall. It’s not hard to understand what the artist was trying to depict here: an East German in his or her iconic East German car crashing through the oppressive and separatist Berlin Wall after it fell in 1989. 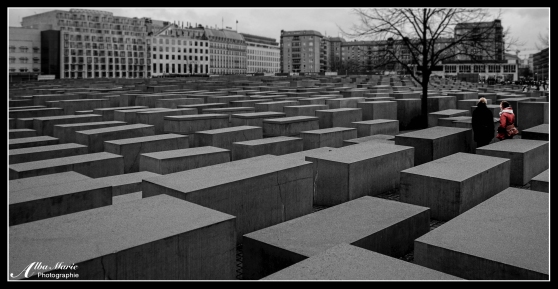 Perhaps one of the saddest monuments on Earth commemorating events that even 70 or so years later are hard to digest as reality, these were very difficult photos to post. And yet, even the saddest places can still hold a certain beauty; even the places that have evoked massive amounts of human suffering can be worth visiting for what the evoke inside us (two examples are this war memorial in Scotland or this Polish resistance sculpture in Wroclaw. See here another interpretation of this Memorial). In central Berlin – once the most divided city in the world – there is a square filled with large, grey granite boxes of varying heights built into the uneven ground. Walking amongst the oppressive grey ‘hallways’ along a path that rises and falls beneath your feet is a powerful though somber experience. Your chest may tighten, your eyes may water, your heart may flutter – but as difficult as it may be, visiting this memorial is important to do. In order to avoid repeating history’s worst mistakes, we must take care to remember the past, and to learn from our past mistakes. We must open our hearts to other cultures and ways of life. We must choose peace and integration over violence and exclusion. The message shared with us via Berlin’s tragic memorial resonates today as the world becomes more divided, nations become more nationalistic, fear has become a true malady, and exclusion is the name of the game. Instead of further division, we should instead work to understand each other, incorporating the best characteristics from each culture to better our current world and make the world a more colourful place, one person at a time. 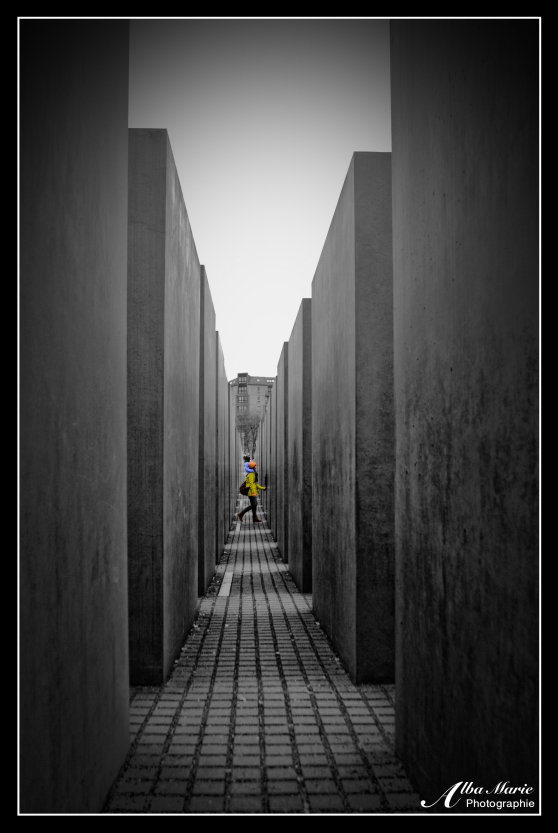 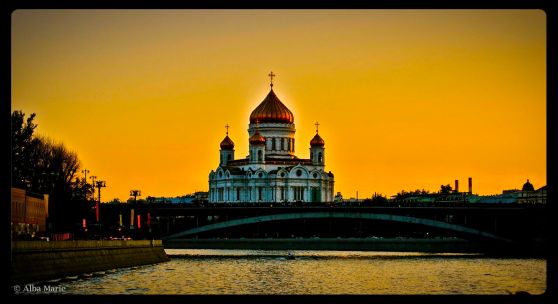 The golden sun sets on Moscow, sliding over the top of the cathedral’s gilded domes as it sweeps into the river, leaving a glistening reflection of the boats passing alongside. There is no doubt that Moscow is a beautiful place. Why then, are there so few people who feel compelled to visit this city? Part of it is that the image of Moscow during the 20th century continues to persist. One thinks of the KGB, Russian mobs and the evils of communism. It is not only Behind-the-Iron-Curtain, it created the Iron Curtain. Hammer and scythe building nuclear weapons, placing sleeper cells throughout America and Europe, and plotting to take over the world. I’d like to say that that’s the old Russia, an attitude long gone—but recent activities in Crimea, Georgia, and eastern Ukraine have forced us to consider otherwise. Regardless, this is all on a governmental level. Moscow—on a human level—is nothing like its portrayal in the news, in spy novels, by Hollywood. It is a shrine, beautiful yet reminiscent of an old life, nostalgic. It is also filled with communist-era buildings, marshutkas (small, ancient bus-vans that service the outskirts and are run word-of-mouth), and power lines that criss-cross endlessly. This is a city at the tipping-point of modernization—one still not 100% sure it wants to be modernized. Regardless, Moscow emits an indescribable and fascinating beauty. It is full of history and memory and grandeur. It is the eastern gate, the last holdout laying at the feet of the East, and it is beautiful one–especially during the sunset. 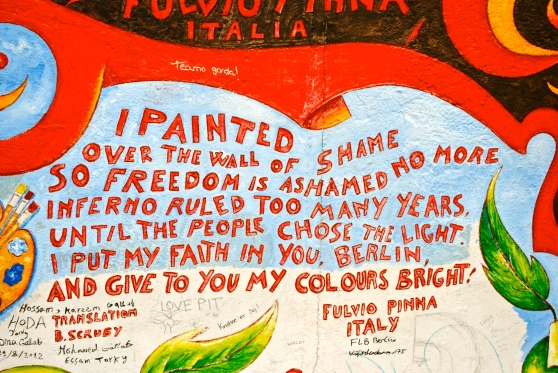 One of the most loaded (and iconic) places to visit in Europe is what remains of the Berlin Wall. For so many years, the Wall separated families, friends, co-workers, neighbours. Citizens of the same town were suddenly divided; the Wall literally split the city in half. And then, abruptly and very literally, the Wall fell. On the monumental day of November 9, 1989, the wall that had symbolised so much pain and caused so many horrors quite suddenly came crumbling down. The Berlin Wall had become nothing more than a few remaining sections of concrete, now worthless – little more than bygone symbols of pain and terror. But then something amazing happened. The city of Berlin invited artists from around the world to decorate the once-imposing wall. Each of the 106 paintings of the East Side Gallery carries a message – a message of freedom, of solidarity, of strength, of love, of patriotism, of humanity. They worked together to turn something negative – a symbol of all that was contrary to freedom and happiness – into something positive, a work of art celebrating a new era of Berlin, of Germany, of Europe. This painting by Sardinian-born artist Fulvio Pinna, “Ode to Joy,” was created to promote and recognise the new-found freedom of the now-reunited Berlin and, like the other 105 paintings, sends a powerful message to its millions of viewers.