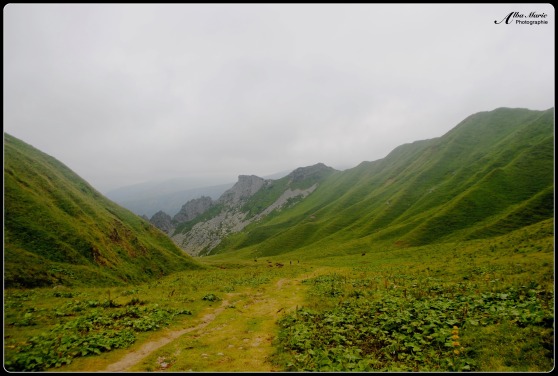 Typically evoking ideas of fire and brimstone, volcanoes are not generally the first thing that comes to mind when someone mentions ‘France.’ And yet, volcanoes – or at least extinct ones – are the dominating natural feature of the French province of Auvergne, located in central France. Rated the 6th top destination to visit in 2015 by Lonely Planet, the unique volcanoes of Auvergne are at least in part responsible for Auvergne’s intrigue. As part of the Massif Central, a mountain range that covers most of Auvergne and plays a significant role in the region’s natural and cultural landscape, some of the volcanoes are as old as 65 million years, while others are as young as 7,000 years (mere toddlers in mountain live spans). Being elevated and surrounded by mountains makes Auvergne’s climate chillier (and foggier) than the rest of central France, perhaps attributing to the region’s hearty mountain dishes such as aligot and truffade (both made with potatoes, types of pork, and hearty cheeses). The locals also seem to have a higher appreciation of nature than people from other regions, and can be found enjoying the outdoors during weekends – whether that be a backyard picnic, a leisurely stroll in the park, or climbing the rugged volcanic landscape. When it comes to hiking, climbing, kayaking, paragliding and other outdoor activities, Auvergne’s mountains are certainly the place to go. Exhilarating, rugged, beautiful, lush, scenic, challenging  – the mountains and volcanoes of the Massif Central become whatever you make them out to be. So get your coat and boots on and go out for a walk in the wild! 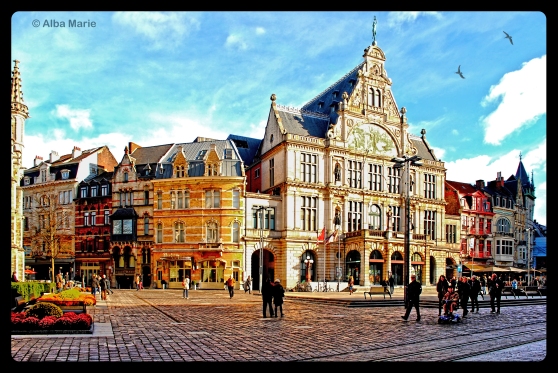 Known as Belgium’s ‘hipster city’ (though of course the Ghentians? Ghentiles? will never admit to this label), Ghent is a very cool place. Nowhere near as famous as its neighbour, Bruges, it’s just as ancient, beautiful, untouched and medieval–but the best part is that it’s relatively undiscovered. Perhaps this is what draws the hipsters the city is so known for? Not only is the city peppered with funky art nouveau buildings, local cafes, chic galleries, vintage shops, and hole-in-the-wall bars, there are also gems such as  the ‘Wasbar’ (laundromat meets bar), a cafe known for its bizarre meatballs with the amazing name “Balls & Glory.” In 2012, as part of a city-wide public display of art in which 41 artists took part all over Ghent, artist Tazu Rous constructed a “hotel room” around the the clock tower of the train station, so that “guests” would in fact be sleeping next to the enormous clock-face…how’s that for an alarm clock!? Ghent is, undeniably, a ‘weird’ city–but in some ways, that’s the best kind of city. Perhaps there is some truth to Lonely Planet’s statement that this bohemian, nonconformist city “might just be the best European city you’ve never thought of visiting.” So maybe you should start thinking about it! 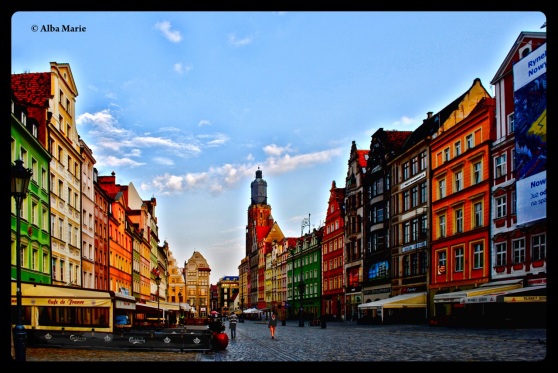 Glittering, colourful, elegant. Poland has been getting more and more tourism attention recently. Cities such as Warsaw, Krakow, and Gdansk have made several “Where to go in 2014” lists. Krakow’s main square was recently voted “Most beautiful market square” by Lonely Planet–a huge honour! And Wrocław was ranked third on the list, “ Top 10 beautiful places you’ve never heard of” by Places Must Seen. Perhaps Poland’s best-kept secret, Wrocław (pronounced “Vrah-tswav”) is slowly coming out of its shell. The city is a university town, and like many such towns, the vast numbers of students keep the city young and vibrant. It has a mixed history, as it was once part of Germany (called ‘Breslau’). After the war, when Poland’s borders shifted west and they lost the eastern frontier to Ukraine, the citizens of the now-Ukrainian town of L’vov were displaced all the over to the recently-vacated-by-the-Germans town of Wrocław–bringing with them tradition, cuisine, and culture from the Ukraine. It is normal to spot several “Ukrainian cuisine” restaurants here. The Rynek itself is–as the other website rated it–one of the Europe’s most beautiful cities, like a canvas splashed in ink. Bathed in early morning sunlight, the vivid colours and clear plazas become more spectacular.