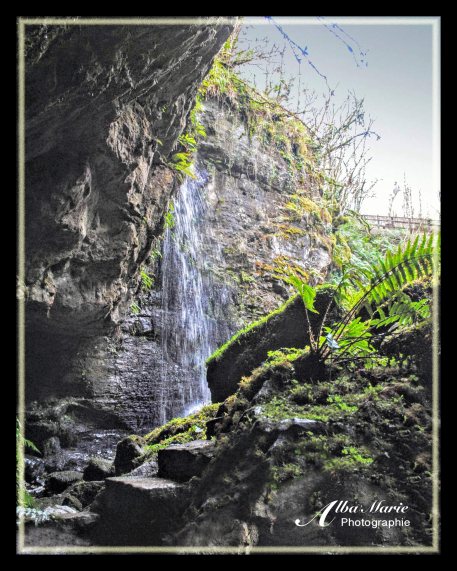 Hidden away in the little-known County Fermangh along the Ireland–Northern Ireland border is the Marble Arch geopark and the Boho Caves. Buried within the hollowed hills is a collection of limestone caves. Some caves can be visited – such as those in the Marble Arch geopark – while others are harder to find. Pollenagollum Cave is one of those subterranean worlds that few discover – and those who do are not disappointed. Located in Belmore Mountain Park, Pollenagollum Cave (meaning “hole of the doves”) bores into the face of a small 12-metre-high cliff, its mouth at the bottom of a graceful waterfall. The cave itself goes back about 2 km, where there is another entrance in the hollowed-out hills of Marble Arch, though an underground stream makes the cave impassible (only the first kilometre or so is unblocked). Pollenagollumm Cave’s claim to fame is quite recent – it was here that, in the much-loved Game of Thrones TV Series, the scene in which Beric Dondarrian had Arya and her companions where brought to his underground hideout was filmed! The limestone cave is impressive, and the surrounding Belmore Forest and quarry is tranquil and beautiful.

Pro tip: The whole loop in Belmore Forest is about 7km, though the cave is only about 1km along the trail. There is also a stone marked with neolithic-era Curvilinear art not far off the path, but isn’t well marked. Please note that access to the cave is by permission only – some speleology associations may be able to bring curious visitors. Otherwise, there is a viewpoint just about the cave and waterfall for those who simply want to enjoy the panorama.