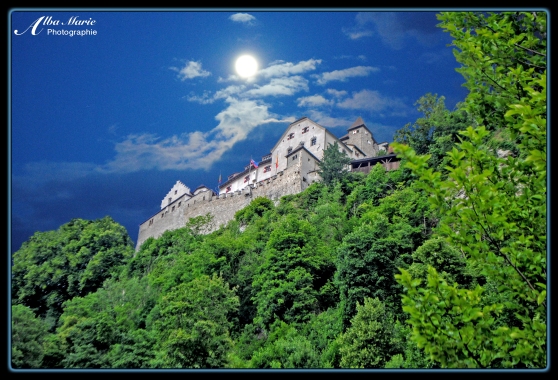 Pro tip: The castle is not open to the public (guess the prince doesn’t want us ordinary plebs walking over his fancy carpets!) but you can see the castle from nearly everywhere in Vaduz, and you can get a bit closer if you head up the hill. Want to get inside a Liechtenstein-ian castle? Head over to nearby Gutenberg Castle, which today functions as a museum.

Other Great Castles in and near the Alps 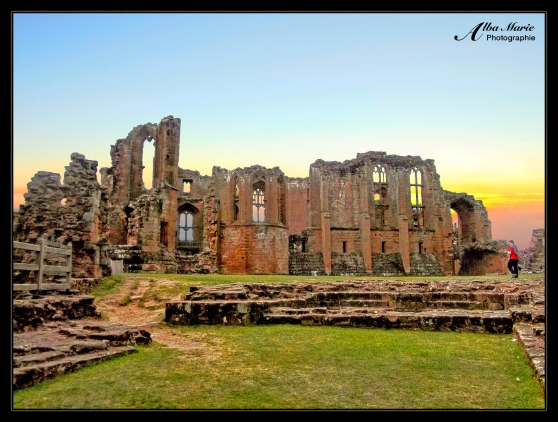 One of the most striking ruins in the centre of England, Kenilworth Castle is one of the finest examples of a royal palace in the Middle Ages. Subject of the six-month long Siege of Kenilworth in 1266, believed to be the longest siege in English history, Kenilworth is perhaps most famous for its Elizabethan connection. Construction on the castle began in the 1100s, but it was during the reign of Queen Elizabeth I that Kenilworth came into its stride. Owner Robert, Earl of Leicester, was deeply in love with Queen Elizabeth (or perhaps just her money and power) and spent thousands of pounds renovating and luxuriating the estate. He built a new garden simply because Elizabeth complained about the lack of a view. He entertained 31 barons and 400 staff from her court during her final (and longest ever) visit. He put on pageants, fireworks, bear-baiting, mystery plays, hunting and lavish banquets at the grand Kenilworth Castle. But sadly, she never married him, and he died in debt (did you expect a different ending to the story?). The story of Kenilworth Castle ended about as happily ever after as the romance of Robert and Elizabeth. Colonel Joseph Hawkesworth “slighted” or deliberately destroyed Kenilworth in the 17th century based on political affiliations. It was stripped, turned into a farm, and largely forgotten about until famous author and poet Sir Walter Scott wrote Kenilworth, immortalising the estate in Victorian literature. Today, the mostly-ruined castle is a popular tourist destination, having acquired a little of its former grandeur.

Pro tip: Kenilworth Castle is an easy day trip from Stratford-upon-Avon. Also, for literature nerds, Sir Walter Scott is not the only author inspired by the castle – check out British-Pakistani writer Kamila Shamsie’s short story, ‘Foreboding,’ part of the collection, Eight Ghosts.

Other Amazing Ruins in Europe:

This article was originally posted in 2013 and has since been revised and rewritten. 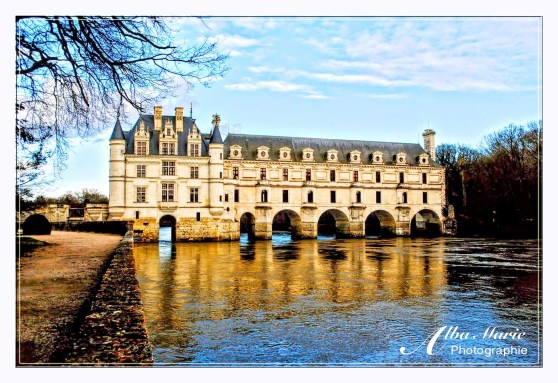 The Loire Valley is one of the most spectacular castle regions in Europe. Full of what can only be described as French chateaux, the Loire Valley houses some 300 extravagant palatial buildings!! Among the most famous are the immense Chateau de Chambord and the spectacular Chateau de Chenonceau. Spanning the River Cher in a unique castellated bridge, the river literally runs through the castle. Though it has had many owners, Chateau de Chenanceau is really a tale of two women and their rivalry for King Henri: Diane de Poitiers and Catherine de Medici. Diane de Poitiers was a noblewoman – beautiful, talented, intelligent and elegant – who fall in love with young King Henri II. In order to take control of Italian states, Henri was married to the much younger Catherine de Medici. Despite his marriage, Henri spent his entire life dedicated to the beguiling Diane de Poitiers and their children, culminating in gifting her Chateau de Chenanceau. Though it took many years of delicate legal manoeuvres to make Diane the true owner of Chateau de Chenanceau, she loved the castle and was responsible for the phenomenal bridge across the Cher, as well as the flower and vegetable gardens. When Henri died in a jousting accident, his jealous widow Catherine de Medici illegally forced Diane to yield her the castle – though she was then forced to offer Diane  Chateau de Chaumont in exchange. Catherine further renovated the gardens and the castle interior, as well as adding new rooms and a service wing (of course she did, she’s Catherine de Medici…). Unlike her more enlightened rival Diane, Catherine was a girlish socialite whose favourite activity was hosting lavish parties at Chenanceau, including France’s first ever fireworks show. Chenanceau’s third notable woman was the enlightened Louise Dupin, who hosted countless literary salons in the chateau – Louise saved the castle during the French Revolution by claiming that it was essential to  commerce as it was the only bridge for miles. Though Catherine may have stolen the chateau from Diane and Louise saved it from demolition by angry hordes, Chateau de Chenanceau remains synonymous with Diane de Poitiers and her love for King Henri.

Pro Tip: Chateau de Chenanceau is far more lovely when visited in the off season – despite the lack of flowering gardens, the lack of tourist crowds allows you to feel the romance of the castle. No car? It’s a short and easy train ride from the town of Blois. 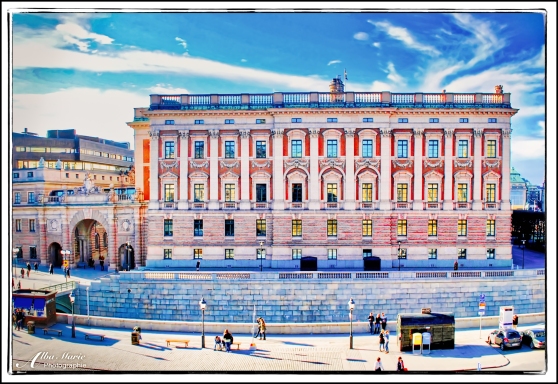 The impressive baroque facade houses is Stockholm‘s Gamla Stan (old town) contains the official residence of the Swedish royal family, although the family actually resides in Drottningholm Palace, a countryside palace on the island Lovön in Lake Mälaren on the outskirts of Stockholm. The Swedish Royal Palace has been in the same place on the Gamla Stan since the 13th century, where medieval monarchs built the Tre Kronor Castle, which housed the royal family until May 7th, 1697, when the castle was gutted by fire. War prevented re-construction, and the present castle wasn’t finished until 1754.  The exterior of the massive palace has an impressive total of 28 statues, 717 balusters/columns, 242 Ionic volutes topping columns, 972 windows, 31,600 windowpanes and about 7,500 windows, doors and gates. The facade is covered with circa 9,500 m2 of stone and 11,000 m2 of plaster containing an incomprehensible 1,430 rooms – some impressive figures! A castle is bound to have a few skeletons in the closet – two in particular! There is the kindly oracle Grå Gubben (the Old Grey Man) who inhabits the cellars and guards the spirit of the palace. The other is the infamous Vita frun (translating to the imagination-lacking White Lady), who appears just before death. Said to be the Hohehzollern German Duchess Agnes of Merán who killed her family to marry another (predictably, this tactic did not warm the heart of her would-be suitor), and she now haunts the castles connected to the Hohenzollern family.

Pro tip: Stockholm Royal Palace is open to the public, with five museums inside its massive interior (price 160SEK).

Other Palaces in Europe 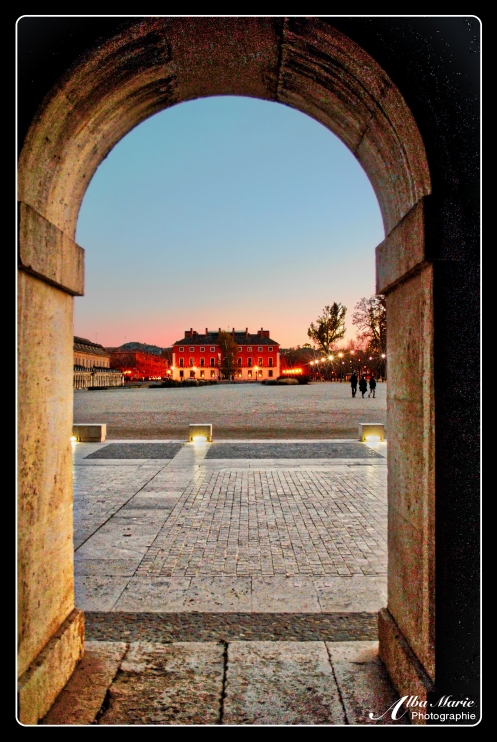 A sort of Spanish Versailles, Aranjuez Palace is a massive royal complex roughly an hour from Madrid, though it is lesser-known than its French counterpart. A former royal residence established during the era of Philip II in the early 1500s, the Palace of Aranjuez once functioned as a seasonal residence, inhabited by the royals and their entourage each springtime. Encapsulating the utter extravagance and overabundance of the wealth, power and influence the royal family once held, the palatial space allowed them to host enormously opulent and excessive Great Gatsby style parties. Though today the Spanish royal family is little more than a symbol, it is still a powerful symbol of conservatism, religion, and traditional values, not always keeping up with the modern world. Today however, the Royal Palace of Aranjuez, a UNESCO protected site, is open to the public as a museum, displaying art, furniture, royal artefacts and more, offering a cheeky peak behind the royal curtain of what being part of the Spanish royal family and its court actually meant. To get there, take the local commuter train from Madrid’s central stations to Aranjuez and walk 15 minutes to the palace at the centre of town; last entry is one hour before closing.

Other Once Royal Residences in Europe