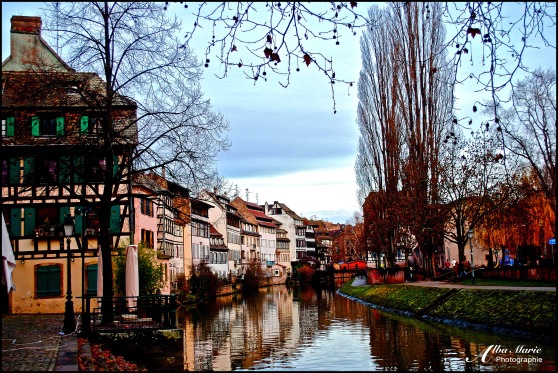 The origin of the name la Petite France, has a less-than-lovely origin – it comes from the Hospice des Vérolés (House for the syphilitic) which during the German occupation was called Franzosenkrankheit (French disease). While the name’s origins may not be charming, the alleyways, canals and houses most certainly are charming! Alsace, the region of France where Strasbourg is located, has a complicated history, flashing back and forth between France and Germany for much of it’s past. In the Middle Ages, la Petite France was the economic centre of the city, and Strasbourg as the region’s most important city. La Petite France once comprised of many merchants, millers, tanners, fishermen and other tradesmen and artisans. Today a UNESCO World Heritage Site, la Petite France (‘little France’) seduces history, culture and architecture buffs with its quintessential streets, half-timbered architecture, colourful houses, quiet riverbank, and charming shops. At Christmastime, the Strasbourg Christmas Market is one of the most famous in Europe and is generally agreed upon to be the best Christmas market in France. Hot wine, sausages, and sauerkraut are local favourites – especially when the weather turns cold! The impressive Strasbourg Cathedral was the world’s tallest building from 1647 to 1874 (so, for 227 years!), and today, it remains the 6th-tallest church in the world. It is the sandstone from nearby Vosges that gives the cathedral its unique pinkish hue. 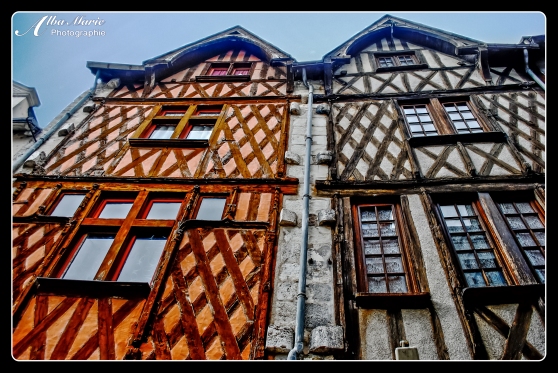 X marks the spot – or maybe it just marks a row of charming houses in Dijon, built in the infamous wattle-and-daub style. But what really is wattle-and-daub anyway? In use as a construction method for some 6,000 years (and still popular today due to it being low-impact technique), such buildings are created by weaving a braid of wooden strips called wattle, then daubing them with a sort of caulk made of soil, clay, sand, straw, and other ingredients. Thick wooden beams are then factored in as supports to the structure, and together, they form sturdy, isolated walls. Sustainable and relatively easy to do, houses erected in this style are also just so charming. Dijon, Strasbourg, Stratford-upon-Avon, many Germanic villages and more exude such charm because of the high predominance of wattle-and-daub structures. Charming and beautiful, it would seem that fairy tales are alive and well in Dijon – one can just imagine one of those windows popping open and Belle or Rapunzel smiling out! 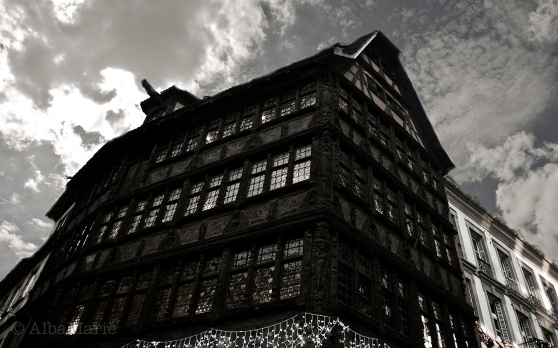 Featuring the best Christmas markets in France, some of the prettiest wattle-and-daub architecture in the country, and long-time home to the famous Gutenberg, Strasbourg is not a city to be ignored. In the centre of town, there is the famous Strasbourg Cathedral. And next to its famous cathedral, there is a little wooden house. And this little wooden house is pretty special. See, it’s the one of the oldest–and most ornately decorated–medieval buildings featuring Gothic architecture still alive and well today. As it was built in 1427, this little wooden house is pretty old–and still functioning today! Because of Strasbourg’s proximity to Germany and Rhineland (in fact, throughout the city’s history, it frequently changed back and forth between France and Germany). Now French (though historically, German Renaissance), this little wooden draws queues of visitors every year! 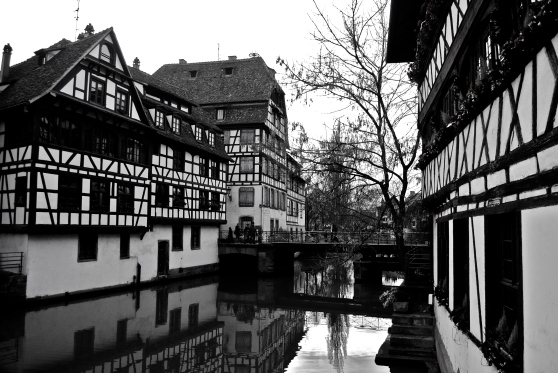 France is, of course, a beautiful place – but one of the prettiest places in the country wasn’t officially France for a large part of the last two centuries. Alsace – as well as its sister, Lorraine –  played monkey-in-the-middle since the fall of the Roman Empire, bouncing between what constitutes as present-day France and Germany, depending on who had more power at that moment. Because of this, Alsace has both a distinctly German AND French feel to it, making it a unique place. Long before there was a “France” or a “Germany,” these two European giants have shared thousands of years of history, culture, and people. Even today, one finds many Frenchmen with German heritage and vice versa. The famed Gutenberg spent over 15 years of his life in Strasbourg, developing a new idea of his – what we call movable type, otherwise known as the printing press. Aside from shared history, Strasbourg’s beautiful wattle-and-daub architecture along the river is to die for. Known for its exceptional Christmas markets, it’s also a great place to sample vin chaud (hot wine), crepes, as well as regional Germanic specialties such as choucroute garnie (sauerkraut), pork sausages or foie gras. Visit Place Guttenberg and Petite France to become a part of this region’s colourful history. 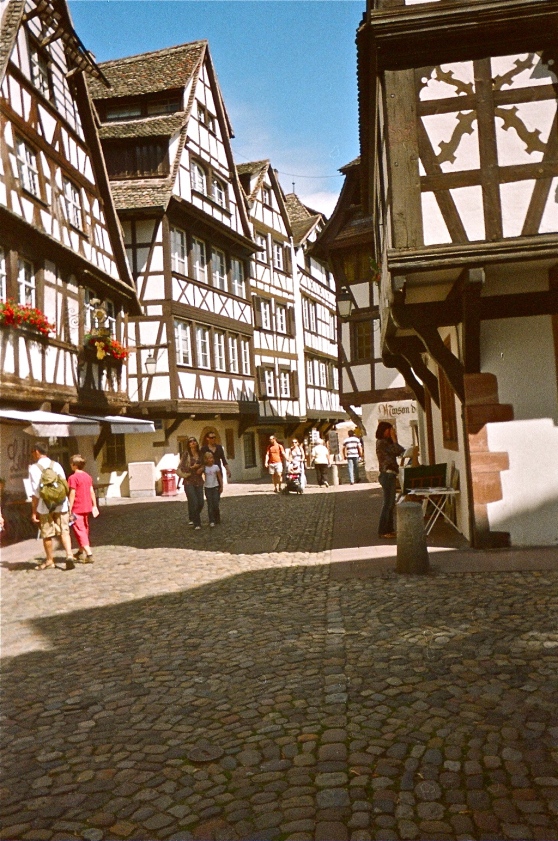 Welcome to the border between France and Germany–and it’s straight out of a fairy tale.  At first glance, it looks like Germany–probably because it was built by the Germans–but then, in one of the many border-changes that has plagued Europe ever since kingdoms and countries have existed on the continent, it became French. Walk into a seemingly Germanic bakery, and you will be greeted by a Frenchman speaking French in a French cafe. If you began your journey in Germany, this can be a tad disorienting.  But all is forgotten when wandering around the Grande Île, Strasbourg’s beautiful city centre, and a UNESCO site. Strasbourg Cathedral, today the 6th tallest in the world, was once the world’s tallest building, surpassing even the Great Pyramid of Giza.  Outside of mere architectural beauty, Strasbourg has solidified its fame and importance for another reason, supplying the world with something that, in a way, we still use today. It was here that, around 1440,  Johannes Gutenberg created one of the most important inventions of all time: the first European movable printing press.