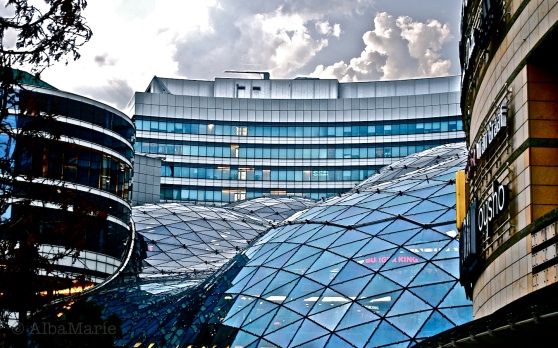 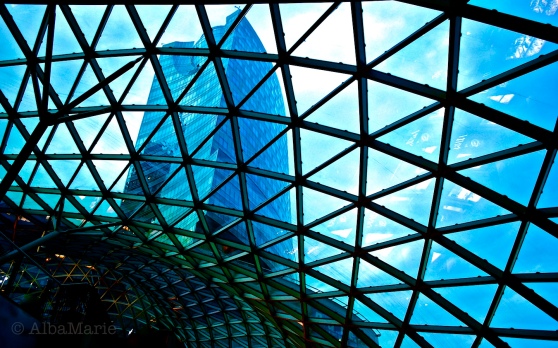 Złote Tarasy Mall (as seen from outside & inside), Warsaw, Poland

While a mall might not be the first thing you think of when the words “beautiful places” and “Europe” are combined in the same sentence, that doesn’t mean they don’t qualify! While most malls are rather mundane and follow the same generic formula, some break the mould; some make you look around and notice the building itself, not just the stores and shops and stands indoors. This particular mall in downtown Warsaw, located a stone’s throw away from Dworzec Centralny (the central train station), and the Palace of Science & Culture (a sturdy specimen of Stalinistic architecture, erected in many cities he “conquered”), is modelled after a waterfall – a cascade of water breaking a damn and spilling over into central Warsaw. Somehow, it seems fitting – the waves crash over the barrier, threatening to drown Stalin’s tower (which so many see as a vestige of Communist oppression, a period in history they’d like to put behind them). While at the end of the day, Złote Tarasy is a mall like any other when it comes to shopping and fast food-dining, it’s still quite an artistic place to buy a new pair of shoes, eat pierogies, or see a film!