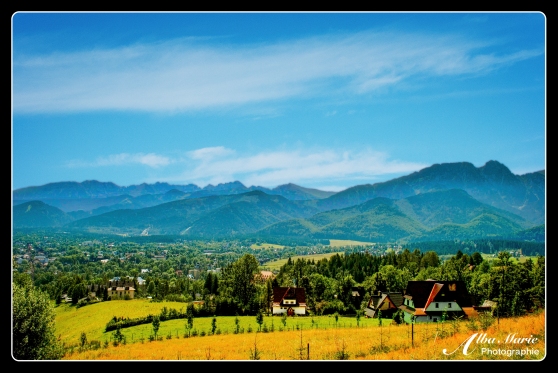 The natural border between the nations of Poland and Slovakia, there are ample opportunities to literally walk across the border while hiking the mountain trails (thanks to the EU, this is all okay). The Tatras are a little-known mountain range in southern Poland, but offer some of the best hiking in Europe. Compared to the Alps, the Tatras may seem small – but they are also a road not taken by many. Zakopane, Poland’s capital of the Tatras, is the busiest town in the region (also known for skiing), but most of this mountain range is woven with rustic trails that meander through quiet forests and quaint villages. The Tatra Mountains eke a sort of majestic silence – hiking through their quiet backcountry transports you to another world where villagers still organise outings to go mushroom-picking, celebrate local traditions, song and dance, and bake traditional dishes with little influence from outside the region. Here, timeless landscapes nearly untouched by modern times abound. The bustling Zakopane is an easy starting from, as it’s the most well-known city in the Tatras, but it’s also the most crowded and least authentic. Consider instead starting from one of the a smaller towns far off the beaten track  – one example is the Rajcza, a little south of Bielsko-Biala. Of note, the town of Zywiec (home of Zywiec Brewery) isn’t far. Near Zakopane is the amazing mountain fortress Niedzica Zamek. Small towns like Poronin or Nowy Targ are also lovely! No matter where you head into the Tatra Mountains, you won’t be disappointed; every inch of the Polish and Slovakian Tatras is magical.

Caught up in Cold War era stereotypes of a cold, grey Poland, most people don’t realise that Warsaw has surprisingly hot and sunny summers. To get out of the heat but still enjoy the sunshine, Warsaw’s city centre becomes alive with outdoor cafes, markets, beer gardens, and terraces during summer months, such as these ones in the Rynek Starego Miasta, or Old Town Square, in the centre of Warsaw’s old town. (The same is true for the party boats on the Wisla River). Banners on the terraces promote a Polish beer called Zywiec, distilled in a town of the same name in southern Poland near the Polish Tatra Mountains. Nationalised after the war and today part of the Heineken group (one of the Big Five breweries), the Zywiec Brewery was once owned by the famous Hapsburgs, who sued for copyright infringement after the fall of the Berlin Wall and communism. Zywiec is still a point of national pride for the Polish, and is one of Poland’s most delicious beers. A pint is best enjoyed outdoors in Warsaw’s city centre, as Warsaw slowly becomes known across Europe for its restaurants, cafes, festivals and nightlife. For outdoor terraces, grab a drink in any of the bars or terraces in the old town. For cheap drinks hit up the so-called 4 zloty (1€) bars on Nowy Swiat Street. For fancy elegance, try the Hotel Bristol on Krakowskie Przedmieście Street, and for gritty student nightlife head over to Pawilony Street hidden behind Nowy Swiat. The hipster bar/club Plan B in Plac Zbiawciela or nearby Czech bar U Szwejka for enormous and cheap beers are also two favourites. There are also plenty of good bars in the up-and-coming Saska Kepa district or the still-seedy Praga district. So many choices, eh? Warsaw is not a city to lack for watering holes, that’s for sure!

Other Great Places to Drink a Beer Outdoors in Europe